What's in my water? 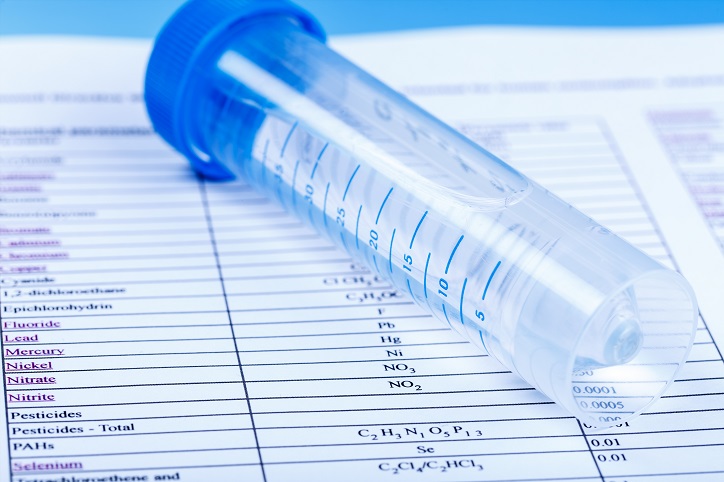 The EPA has listed an MCL, or Maximum Contamination Level, for a total of 87 different contaminants. These are regulated to levels thought to be safe, but they can still be present in your water. And while humans have been drinking untreated water out of streams and lakes for thousands of years, for much of that time, there was not the abundance of harmful chemicals in our environment that there is today. Industrialization has made drinking water a dangerous proposition. As the consumer, its impossible to know how thorough, consistent and effective the treatment really is. In short, its best to know what might be lurking in your water, so you can take personal measures if you feel the need.

There are a few major chemicals that seem to be the most prevalent. Below, we’ve categorized them as one of three:

Manganese (Mn) is a metal element that occurs in soil, minerals, water and the atmosphere. Additional manganese can make its way into groundwater through pollution, as manganese is used in products like batteries, fertilizer, tobacco products, and cosmetics.

Manganese is an essential mineral (meaning it needs to be consumed through diet) and has a recommended intakeof 1.2 to 2.6 mg/day. Intake levels higher than 11mg/day are considered a health risk.Long term exposure to excess manganese can cause problems with motor skill, memory, and attention in both adults and children, and is suspected of impairing brain development in infants.

Manganese is not required to be regulated in your drinking water. Suppliers can and do treat water for the removal of manganese (Snohomish County PUD #1 does), as excess amounts are not only harmful, but discolor water and alter the smell and taste.

Iron (FE) is also a metal element, the most common element by mass on Earth --- and the 4th most common in the Earth’s crust. Iron is an essential nutrient, as well. As a component of hemoglobin, it helps with the transport of oxygen throughout the body.

Though iron poisoning is possible, the amount required is unlikely to occur naturally in water. Poisoning is typically the result of a young child raiding a supply of iron supplement pills. The EPA does not require that iron content in drinking water be regulated, although providers (such as PUD #1) treat it to meet EPA recommendations for quality.

Arsenic is an element found in food, water, soil and air. Its also a common poison used in instances of foul play, and can be lethal. Though small (and typically harmless) amounts occur naturally in water, additional arsenic can seep its way into groundwater, as it is used in pesticides, preservatives, tobacco, and mining processes. The scary news is that its colorless, tasteless, and odorless. The good news is that its rare for dangerous amounts to occur naturally, and the EPA requires that the arsenic content of our drinking water be held below 0.01mg/L.

These minerals, both essential nutrients, may occur in trace amounts. The naturally occurring amounts are so low that there’s no worry of toxicity through public drinking water.

The American Dental Association has endorsed the addition of fluoride for dental health, so all public drinking water has fluoride added to it. This may be the most controversial chemical on the list, as many people suspect that the health risks of fluoride outweigh alleged dental benefits. The amount that can be added is limited to 4.0 mg/l, a level thought to be beneficial for dental health and acceptable for the rest of the body.

Added as a disinfectant. Chlorine content is held to 4mg/L, a level thought to be safe for human consumption.

Contaminants that can seep into groundwater

Nitrates can seep into groundwater from fertilizers, manure and liquid waste. Ingesting small amounts of nitrates is inevitable, as nitrates are found in vegetables and are used as a preservative in meat products. Nitrate toxicity is demonstrated to impede the availability of oxygen in the blood. The MCL for nitrate is listed at 10mg/L.

Mercury can be introduced through agricultural run off, seepage from landfills, and factory waste. Like arsenic, mercury is a common poison used in foul play. Also like arsenic, small amounts can be tolerated. The EPA requires that mercury be regulated in public water, with a maximum contaminant level of 2 mg/L.

Chemicals in your pipes

These are the ones you have to watch out for yourself, because no regulatory agency can monitor or treat your water once it reaches your pipes. We share these chemicals to illustrate that, even if you’re comfortable with trusting the treatment of your water to somebody else, you’re still at risk from dangerous contaminants outside of their control. Testing your water is the first and most obvious step that every household should take. If these contaminants are present, replacing your pipes and installing filtration are important follow up steps to ensuring your water is safe to drink.

Old pipes may be made of lead. If these pipes corrode, lead will be in your drinking water. The more corrosive your water is, the more lead you’ll have in your drinking water. The obvious solution here is to have your pipes replaced. In the meantime, make sure you run your water and get it nice and cold before drinking, as warm water has more lead in it, and running it helps to clear any residual contaminants out of the system. You should do this every time you plan to consume tap water, anyways.

BPA, or Bisphenol A, is found in some resins and plastics, and is used as a coating on the inside of metal cans, as well on the inside of water supply lines. Its potential negative effects on brain and prostrate health are mostly thought to occur in children, and only at high levels. Still, it seems like a chemical worth protecting yourself from whenever possible. Though you may not be able to replace your pipes, or find pipes without BPA (even then, you’re replacing BPA with some other chemicals), you can have your water tested, and then filter for BPA if it is present.

Vinyl Chloride, is an industrially produced chemical used in PVC, or Polyvinyl Chloride. The National Cancer Institute indicates that is associated with cancer of the liver, brain, lung, lymphoma, and with leukemia. CDC indicates that the biggest risk of exposure is through breathing it in its gaseous state, although its presence in water is a risk.

Because scientific studies measure the effects of these chemicals in a controlled environment, under specific conditions, and in relatively short term situations, the true effects of exposure are not known. Its up to each of us to decide the risks we’re willing to take with it. Most people are consuming tap water, at least here in WA where the water actually tastes good. The alternative is relatively simple and manageable, though --- test your water, and install filtration as you feel it is necessary. The other alternatives are drinking bottle water or another source. However, its worth noting that bottled water is held to the same exact standards as tap water for MCL’s.

All information used was found at online at the following sites:

Who is protecting my water?

Environmental Working Group: PFA’s?? The EPA’s war on PFA’s?? The EWG’s database is results from the EPA on tests from 2010 to 2015 in all 50 states. The test found nearly 270 contaminants.

What you can do for your water

Is bottled water a good alternative? [see regulations on bottled water][see BPA and other chemicals in plastic containers

How to test your water

Do you have a plumbing issue or question? Get guaranteed professional service.
Get Help

Guaranteed professional service for all your plumbing needs.